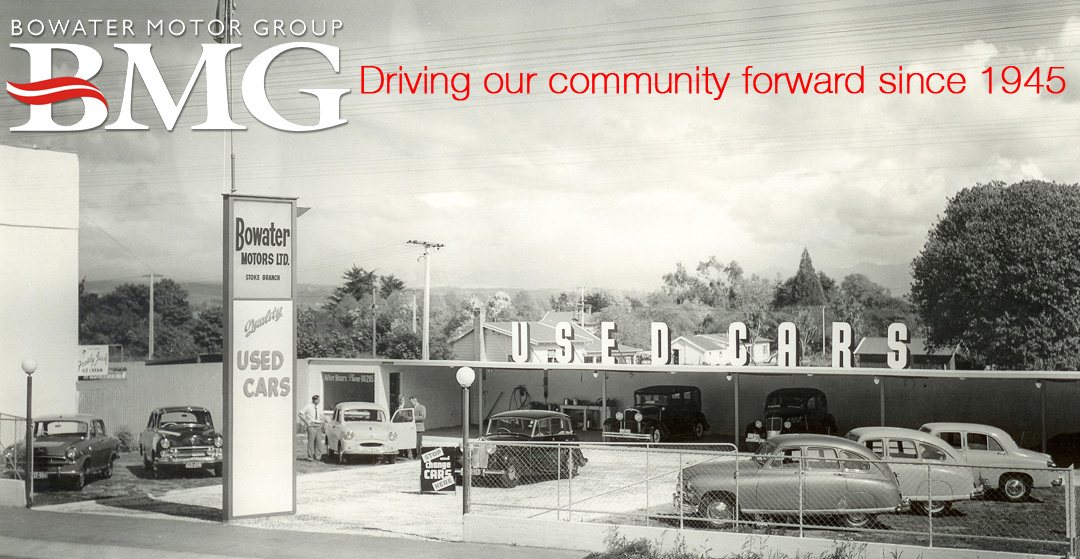 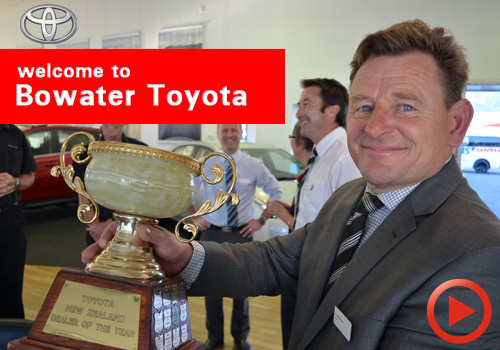 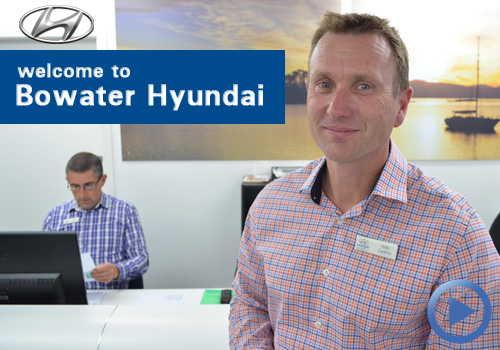 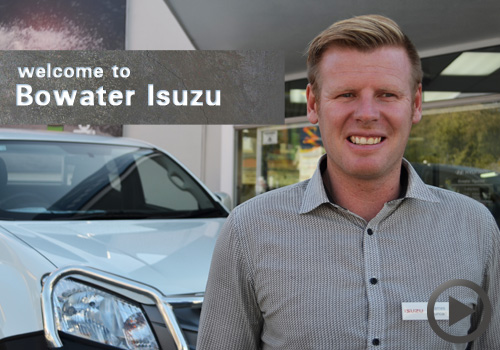 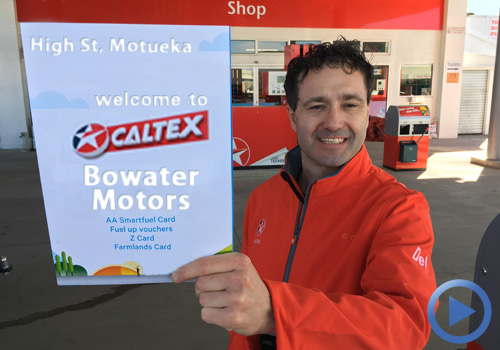 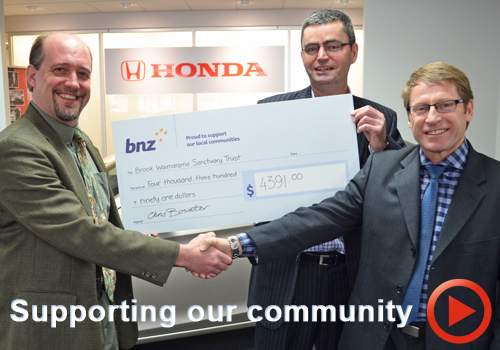 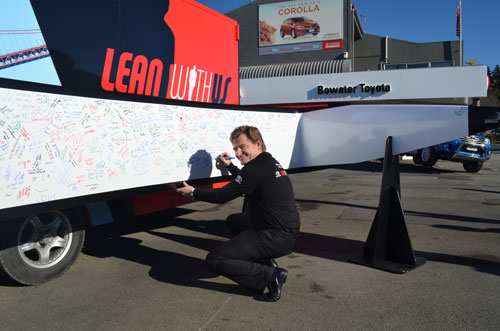 The Amercia's Cup is quite a big deal here in New Zealand. It has been a quintessential sporting event for decades and has seen the Kiwi Spirit swell with pride with wins, and collectively sigh when it all turns to custard out on the merciless seas.
Toyota has been a big part of this journey, and through the years has been a consistent sponsor of the NZ Challenge.

This year, in the waters of San Francisco Emirates Team New Zealand will be doing it all over again, and Toyota, as ever are right there too, both on the water with the boat, and also here at home with an engaging new campaign to get our small nation excited about this new challenge.

'Lean with us' is a fun way to show your support for Emirates Team New Zealand as they battle it out to win the America's Cup. It is all about getting your lean on. Toyota want you to take a funny or innovative 'leaning' photo and upload it to their website < www.leanwithus.co.nz > and show the team you're 100% behind them. Plus you could win some excellent prizes.

The more Kiwis that 'Lean with us' the more motivated they'll be to win!

The team at Bowater Toyota are very excited about the America's Cup. Every challenge has been something special, and something special has been done to celebrate.
This year Toyota have taken the Lean With Us roadshow around the country, stopping in at the delearships to get the replica dagger board signed, which will then be shipped over to Emirates Team New Zealand over in San Fran, hopefully inspiring them just a little more.

The stop over in Nelson gave the Toyota team the chance to enjoy some fabulous Nelson sunshine, and get their Hilux professionally groomed thanks to Tom! The staff got in on the action and wrote some great messages to our America's Cup heros. 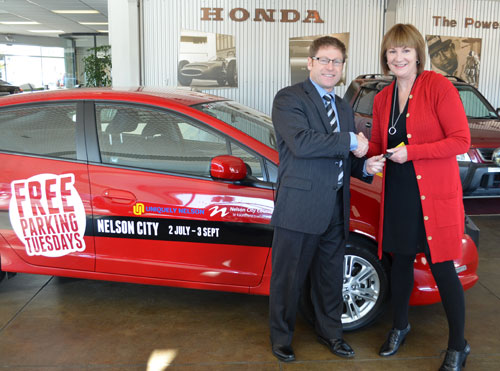 The popular winter free parking Tuesdays are back for everyone keen to hit the shops in central Nelson this winter!

For 10 weeks, from Tuesday 2nd July until Tuesday 3rd September, parking will be free in the city (normal time limits still apply). Bowater Honda are pleased to be a part of this initiative with the donation of a brand new Honda Insight Hybrid to be used as a mobile billboard letting everyone know the good news.

Uniquely Nelson and Nelson City Council launched Free Parking Tuesdays in 2011 and this is now the third year the initiative has been offered over winter. Uniquely Nelson's Manager Cathy Madigan says that it has been hugely successful, with businesses looking forward to the campaign and the benefits it brings. 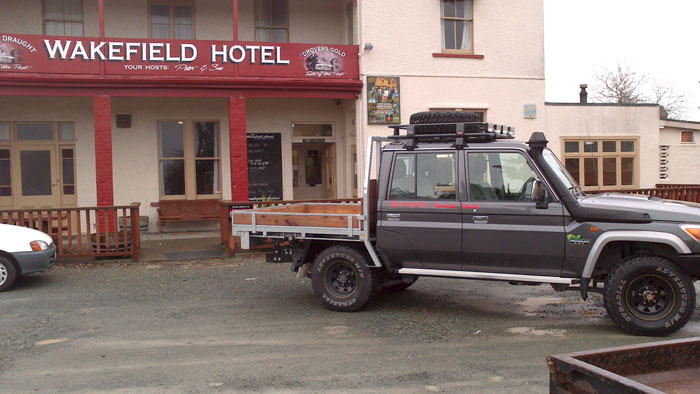 The Bowater Toyota Landcruiser 70 Series Double Cab - the perfect vehicle for the job when the hills are slippery and covered in mud!

For the second year running the team at Bowater Toyota came along to the Wakefield Annual Boar & Stag Hunt at the Wakefield Hotel in the midst of snow down low on the surrounding hills, a bitterly cold wind and some heavy rain.

This was nothing compared to the hard slog faced by the 151 entrants in the Annual Hunt though, who had spent at least some of the previous 24 hours out in the thick of it hunting down their hopefully prize winning specimens.

Event organiser Sue Ferguson from the Wakefield Hotel said that this year has been the most successful yet. The event has been running for the past 3 years with the generous support of sponsors such as Bowater Toyota putting up a plethora of prizes to make the event complete.

Competitors must have caught their prey within the 24 hours preceeding the weigh in at 4pm Saturday afternoon in the back carpark of the Wakefield Hotel. Unfortunately for all concerned it was bitterly cold with rain and snow to low levels during that 24 hour period, so there were plenty of cold hunters showing up at weigh in. It was a record year for the hunt, with a much larger number of animals brought into the official weigh in, most of them quite a decent size.

A few of the team from Bowater Toyota came along to show their support, show off some hard working bush bashing Hiluxes and to present a bunch of Bowater Toyota vouchers to lucky competitors.