The new campaign office space nestled into the top level of the Bowater Honda showroom is open for business as the team goes about planning the launch of the "Get behind the fence" campaign. 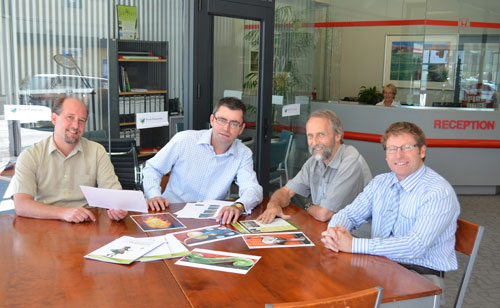 The Brook Sanctuary team has set about making in roads into the total funds needed to be raised to get the Brook Sanctuary's major project, the 14km long Predator Proof Fence, closer to completion. This fence is at the heart of the campaign to bring nature back to the Nelson region, and with an "inland island' established it is predicted that we could soon all hear again birdsong long since departed from the area. The beauty of this project is that it is all happening just minutes away from the city.

The new Campaign Office in the heart of downtown Nelson has certainly lifted the accessibility of this wonderful local project, and as time goes by, hopefully it makes it a little easier to organise the funds and donations rolling in.

There will of course be an exciting event in the near future to "officially" launch both the new campaign space and also the launch the drive for donations to "Get behind the fence".

The sign writing is all but done now for the new Campaign Office, and recently each day another load of trees come into the space to make it feel more "Sanctuary like". 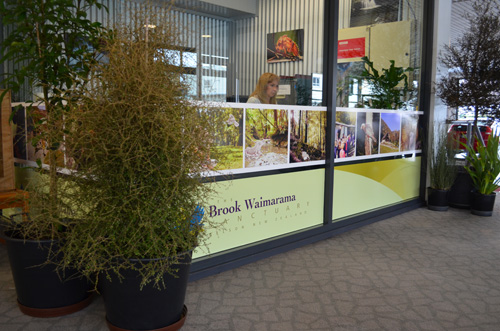 The new enclosed office spaces have created quite an established feel, and with all of the additional foliage the team at Bowater Honda are loving the extra oxygen in their workspace!

Outside the Bowater Honda top showroom large window posters have been installed to let those driving or walking past know that the Brook Sanctuary has a new office in town. This extra visibility on such a busy intersection of central Nelson will hopefully make it a lot easier for everyone to pop in and make a donation to such a worthwhile local cause. Think of it as an investment in future generations. 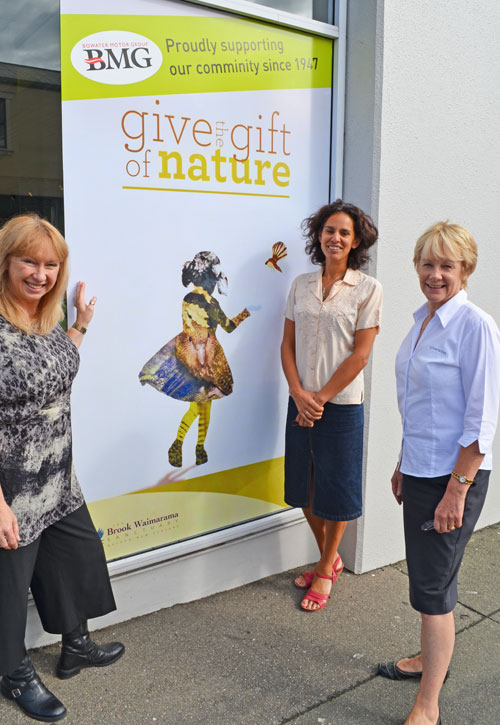