In 1994 the Nelson School of Music Centennial Festival was spectacularly launched to celebrate 100 years of the School's history. The Centennial Festival was one of the most extravagant Festivals that Nelson had seen and today they strive bring you a programme of musical excellence and a programme that will appeal to as broad an audience as possible.

This year the Nelson Winter Music Festival is to be held from the 11th - 27th July.

Bowater Toyota have been a loyal sponsor of Nelson's iconic School of Music Winter Festival since the late 1990's, just a few years after it began.
Over that time we all have enjoyed a wide range of very talented artists such as Dame Malvina Major, Michael Houstoun, Tim Finn, Dave Dobbyn, The Black Seeds, Nathan Haines, Greg Johnson, Flight of the Concords, The Phoenix Foundation, Kora, Moana & the Moa Hunters, Mike Nock, Shona Laing, Malcolm McNeill, Golden Horse & Hello Sailor to name just a few.

In 2014 the 20 year celebration is underway, with Bowater Toyota once again proud to be supporting the festival, and local arts in general.

This year we are specially sponsoring Jezebel of Jazz, a show full of song and story following the life and times of Jazz Legend Anita O'Day, at Old St John's on Sunday 27th July.

Here is a link to the show's Winter Music Festival page: Jezebel of Jazz
You can visit the Nelson School of Music's Winter Festival website here: www.nelsonwinterfestival.co.nz

This year Bowater Toyota are very excited to be sponsoring one of New Zealand's top emerging bands at the NSOM Winter Music Festival - The Thomas Oliver Band on Saturday 21st July from 7.30pm.

The fresh instrumentation of this 5-piece band, including lap-slide guitar, double bass and baritone saxophone, creates a distinctive sound. 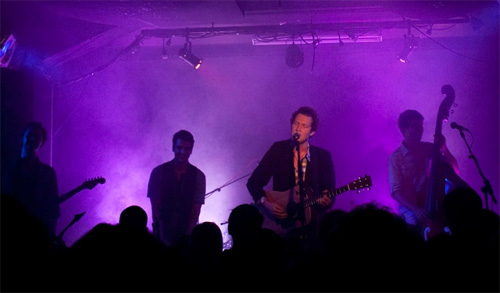