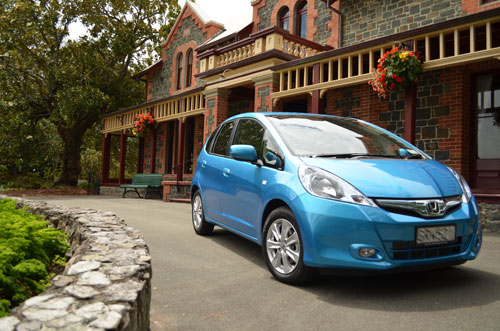 UNDER $30,000: The Honda Jazz hybrid's price should be sufficient to attract plenty of attention.

It doesn't seem that long ago - less than a year ago, in fact - that the motoring media was recording the fact that the price of hybrid cars had reduced to just above $30,000.

That price had been achieved by the Toyota Prius C, a small five-door hatch that entered the market for $30,990 for a steel-wheeled entry model through to $34,990 for a more highly specified s-Tech version.

Those prices were pretty impressive, the motoring media mused. They were certainly a lot less than the other hybrid fare available in this country, which ranged from $35,990 for a three-door Honda Insight through to $65,000 for a loaded Prius V wagon.

But now Honda New Zealand has gone one step better via introduction of a hybrid version of its Jazz hatch for under $30,000. Granted, it's only 10 bucks under at $29,990, but strategically it's all very significant because the car has broken through that magic mark.

Also significantly, installation of the hybrid technology into the Jazz has not impacted at all on the special features that for several years now have made this Honda one of the very best small hatchbacks available. 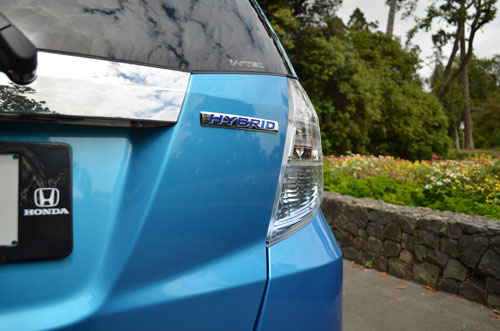 That's because Jazz was already designed in such a way that allowed it to accommodate the hybrid equipment.

In standard petrol form, its engine is light enough to have let the Honda designers place the fuel tank amidships, which in turn has opened up sufficient room at the rear for the company to install its famous "magic" rear seats that fold and tumble to provide heaps of cargo space.

Hybrid technology - or Integrated Motor Assist (IMA) in Honda-speak - combines an electric motor with the petrol engine, and a battery is required to power the electric motor.

In the case of the Jazz, Honda has sufficiently improved its hybrid equipment so that the electric motor is lightweight and ultra-thin at just 35.7mm thick (that's almost half the thickness of the motor aboard the previous-generation Civic hybrid), which means it has been relatively easy to fit behind the 1.3-litre petrol engine in the Jazz' engine bay.

And the high-power battery is 19 per cent smaller and 28 per cent lighter than the one in the previous Civic, which has allowed it to be installed under the floor in the boot, beneath a space-saver spare tyre.

All this has added 70 kg to the weight of the hybrid over the standard Jazz, and to accommodate this Honda has stiffened the anti-roll bars and suspension damper tuning. The result - a Jazz that feels slightly more secure and smoother out on the open road.

Hybrid technology is all about reducing fuel consumption and lowering exhaust emissions. In this case, Honda claims the Jazz hybrid can achieve 30 per cent savings in fuel costs over the standard 1.5-litre petrol model. The company claims an average consumption of 4.5 L/100km compared to the petrol Jazz' 6.7 L/100km.

The Honda system is what is known as a parallel hybrid, which uses the petrol engine as the main source of power to drive the car, and when necessary the electric motor puts its shoulder to the wheel to give the car more push.

That's the beauty of hybrids - they can offer so much torque at the low-to-mid revolutions where most drivers operate most of the time, which in turn results in improved fuel economy.

And, at times, this Jazz can operate on electricity alone, thanks to a cylinder-management system that stops combustion and seals shut each cylinder when the car is running downhill, decelerating, and even cruising at the very low speeds.

Last week, I was invited to Auckland to drive the Jazz hybrid in an exercise that involved firstly taking the car for a normal spin through the city and into the countryside, and then to very carefully drive it back to base to see what fuel consumption figure I could achieve.

It's interesting doing this, because I can never quite figure out how to make best use of hybrid technology. For example, when driving uphill, is it best to carefully feather the throttle to keep engine revs down or just plant the accelerator pedal in order to get the electric motor to help out as much as it is capable?

I went the safe way, trying my hardest to keep the revs down and to keep the needle in the middle of a little Eco-Assist gauge, and to prevent the speedometer from telling me off for being uneconomical by glowing blue instead of green.

There are other systems on board to also help achieve better fuel economy. There's an ECON button that, when pushed, puts the car into a super-economy mode by limiting power output, smoothing accelerator input, and doing other things such as control the air conditioning. But out on the open road, it also limits performance, so it is really only appropriate for use in the urban areas. 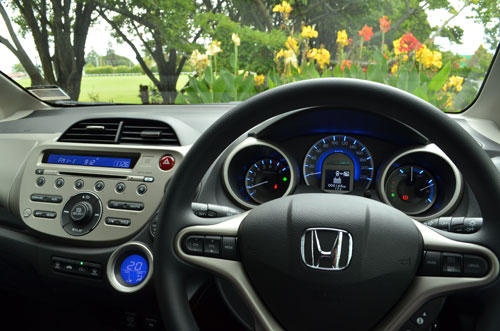 By the end of the drive, the readout showing average fuel consumption in my Jazz was displaying 3.9 L/100 km, which I thought was a pretty good improvement on the official 4.5 for a fairly minimal amount of effort.

This hybrid has exterior styling that is slightly different to the standard Jazz.

It has "blue" headlights and tail lights, a different grill, and of course the hybrid emblem. Inside, the major differences are the various meters that are there to tell you how the economical driving is going.

Installation of the battery pack in the rear has resulted in slightly less cargo room, to the extent that when the rear seats are folded down the load floor is not entirely flat - there is a step of about 8cm right across its middle.

But twere is still a fair mount of cargo room when all the seats are in use, and thanks to the ‘magic seats' design which offers 18 different seat configurations, this can be increased to an enormous 1195 litres, which is enough to fit a 50-inch TV set or a mountain bike.

It's interesting to note that, last week when I drove this new Jazz, it had been on the New Zealand market for less than two weeks and already 85 of them had been sold. Obviously, that tells us then that if a vehicle can be offered with all the hybrid technology at a reasonable price, then people will buy it.

That's the case with the Jazz hybrid. In Honda's case, as the company says, the car costs 30 per cent less to run but is still all that's Jazz. And even though this car is approaching the end of its model life, it makes it rather appealing.