HomeNews & Events Bowater Motors NewsBowater Honda's Nick is not above faking it according to one customer. 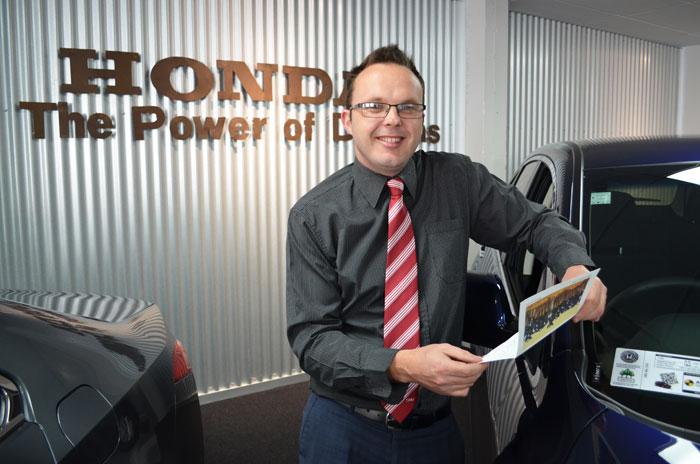 Bowater Honda Sales Manager Nick D'evereux with the card he received thanking him for his perseverance.

A thankyou card accidently came into the media department here at the Bowater Motor Group recently that was so sweet that we had to share it.

Bowater Honda's Sales Manager Nick D'Evereux eventually had the pleasure of receiving a lovely letter of thanks from recent customer Lynn and her husband once we had finished with it.

The letter is artfully written and details a series of events that conspired to convince Lynn that the newly traded red Honda Jazz was indeed just right for her. 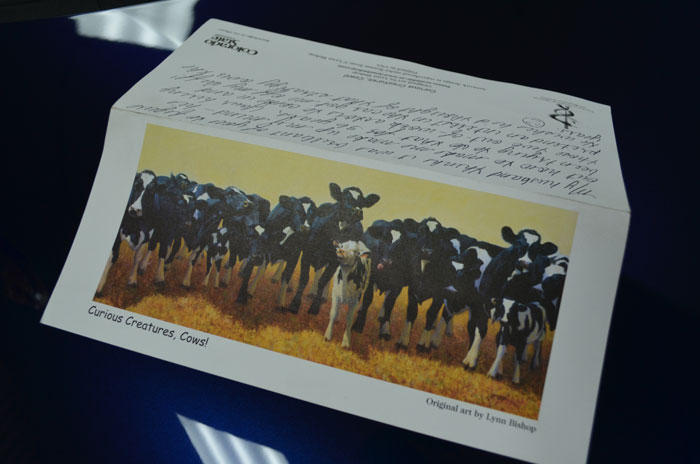 The card tells the tale of her "vascillating from interest to "I hate that colour" to "Oh alright, I can learn to love it...." and the long and patient process it took for Lynn and her husband to decide to purchase the car.

The real twist in the story occurred when Lynn came in for another look over the car, to also encounter a couple also interested in the same vehicle. The story is best recountered in her words.....

My husband thinks it was brilliant of you to figure out how to make me make up my mind - he's been trying to do that for 36 years! You're hiring of two out of work actors to come in and pretend interest in the car got me off my chuff! He wishes he'd thought of that strategy over the years.

The lesson here is that patience is a gift, and that Nick has buckets of it.

The other lesson is that our used cars are sought after as they have the Bowater's name behind them, and more often than not we have several people interested in the vehicle at the same time, and sometimes it comes down to whomever can finalise the quickest!

Nick vows and declares that he did not hire the other couple to come in at the same time as Lynn and her husband.

On another topic he would also like to put it out there that he does have a couple of friends available to entertain you and your friends at themed dinner parties, summer get togethers or children's birthdays for very reasonable rates........