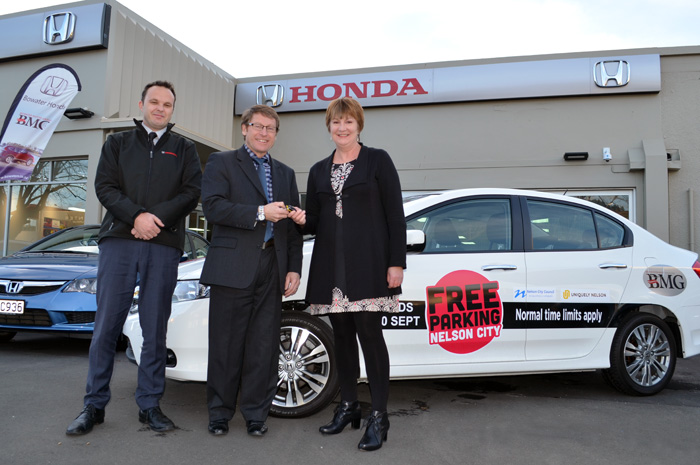 Bowater Honda is proud to be helping to bring free parking to central Nelson this winter.

We have been a long term partner to Uniquely Nelson over the past 3 years this campaign has run. This year it has got a bit of a shakeup.  A 12 week trial of Free Parking every day in Nelson’s central business district is underway and if the number of cars in the CBD over the past few days is any indication, it's a big success already!

We recently handed over the keys to a new Honda City to be used to promote this wonderful initiative around the streets of Nelson this winter.

The trial period was initially set to run from 1 July until 30 September 2014, but due to the success it has been extended until the end of the school holidays on 19th October. Here are some other things you may need to know. 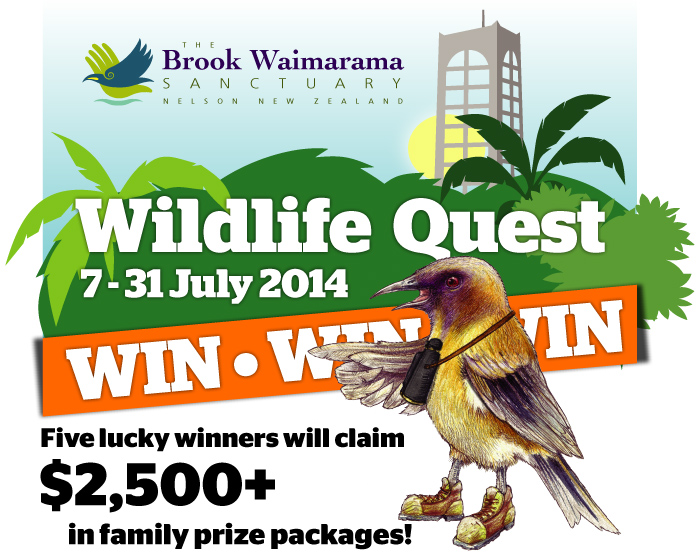 Brook Waimarama Sanctuary critters are popping up all over the place!
As the school holidays kick off on today, the Brook Sanctuary has launched its “Wildlife Quest”, an activity based competition for kids of all ages that runs until 31 July.

Entrants can use either the street address or GPS coordinates to go on a quest to find out which amazing Dean Raybold art panel (see below) is lurking at which Brook Sanctuary supporter business!

Winners will be drawn at the Sanctuary’s Celebration Event which will be held at Founder’s Park Energy Centre on Saturday 2 August from 1-4pm and you must be present to win. As you can guess Bowater Honda is one of the businesses that has a panel on display.

The media interest in the soon to be released 3rd Generation Honda Jazz is exploding, with the press keen and eager to take the new look Honda Jazz through it's paces!
Here is an article spotted on Stuff from the Taranaki Daily News.

Honda space ace better than ever 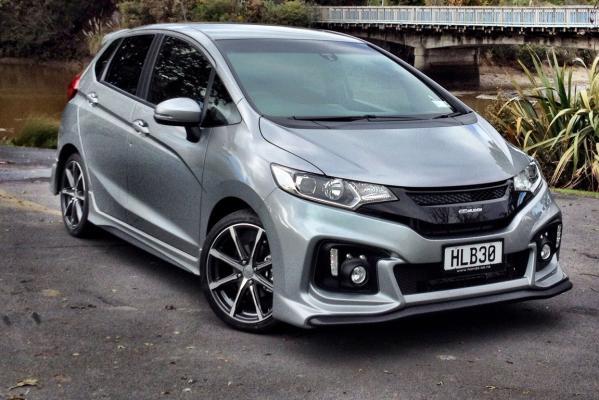 Fully-dressed Jazz III: This is the Mugen model with full bodykit and alloy wheel regalia. It's as quick as it looks.

Apart from the fact that Honda has been able to put the new Jazz III into the showroom with more than $2200 worth of sat-nav and connectivity, plus alloy rims and other kit, and offer them in a vehicle that costs less than the old model, probably the most astonishing thing about Honda's third-generation Jazz is that no competitor has attempted to mimic or better its amazing packaging.

Just to remind you, the first Jazz appeared in 2002 with a platform that placed the fuel tank under the front seats, leaving better front-rear weight balance, a more appropriate centre of gravity and best of all, the most useful rear seat arrangement in its segment - or the one above, for that matter.

As with everyone else's hatchbacks, the Jazz's rear seat backs fold for more load space, but the Honda differs in that the rear cushions can be made to flip up too, locking in position to accommodate upright items on the floor. The front passenger seat also leans all the way back to make room for extra-long storage. Even when the rear seats are in use, there's space underneath those cushions to stow business and sports bags, and of course valuables when you're parked.

Magically, the Jazz also allows five tall people to comfortably use its cabin without getting in each others' way, though Honda would be the first to admit that the centre-rear row passenger doesn't have the best seat in the house, just the best centre-rear seat in the segment.

Automotive News started as a print publication more than a decade ago, and is now a leading automotive website and a TV show on Sky channel 83 Wednesdays 8pm. They got hold of the all new Honda Jazz, and this is what they had to say:

All that Jazz – new Honda hatchback hits the right note

The new Honda Jazz RS in another of the new colours in the bright new colour spectrum - Attract Yellow Pearl.

One of the strengths of the previous Honda Jazz was the way the seats folded every which way – one of its weaknesses was its jiggly ride.

The so-called ‘magic seats’ in the new third-generation Jazz are still as flexible, folding 18 different ways. Take it as read that tumbling the seats one way and the other is a standout feature. It’s as if Honda’s interior designers used a rubik’s cube to work things out.

But its engineers relied on something less perplexing to fix the fidgety ride. A valve change in the shock absorbers and a tweak here and there in the spring settings helped that.

That’s the first impression of the five-door hatchback after a brief drive around Auckland. The second was of a small car chockablock with equipment, all seven variants: S, RS, RS Sport, RS Mugen.