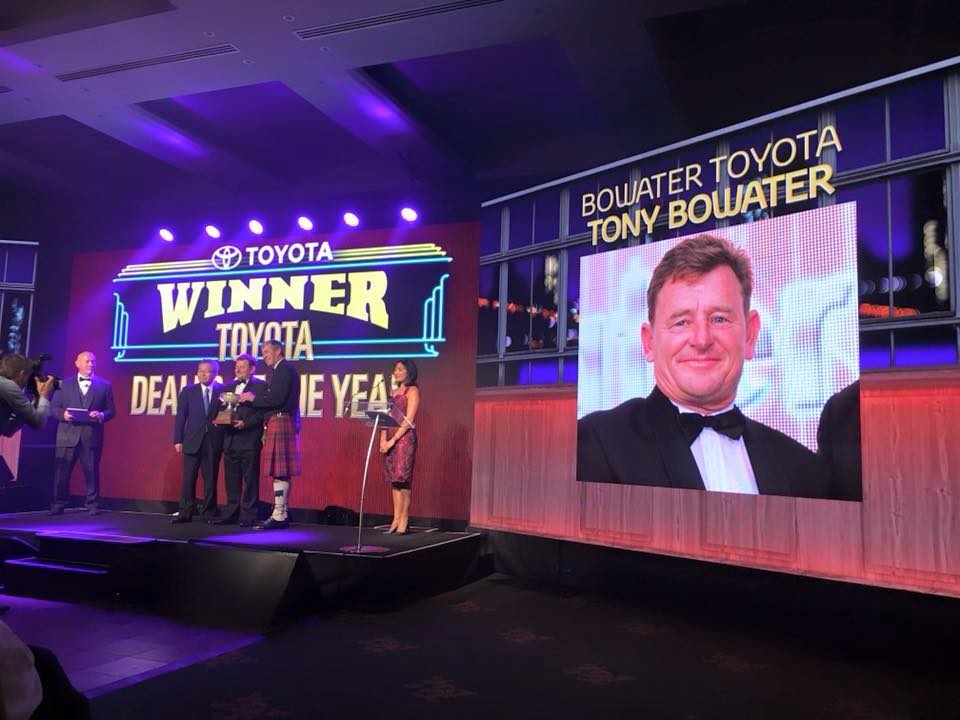 There has been much celebration over the fact that in February 2014 the team at Bowater Toyota won the coveted Yokoi Cup - the heavy Onxy Trophy that has been awarded annually to one of the Toyota Dealerships in the country that Toyota New Zealand has felt achieved outstanding results across a wide range of parameters. This was a huge achievement and the first time that Bowater Toyota had won this in the 30 year history of the award. (Check out that article, photos and video by clicking here). 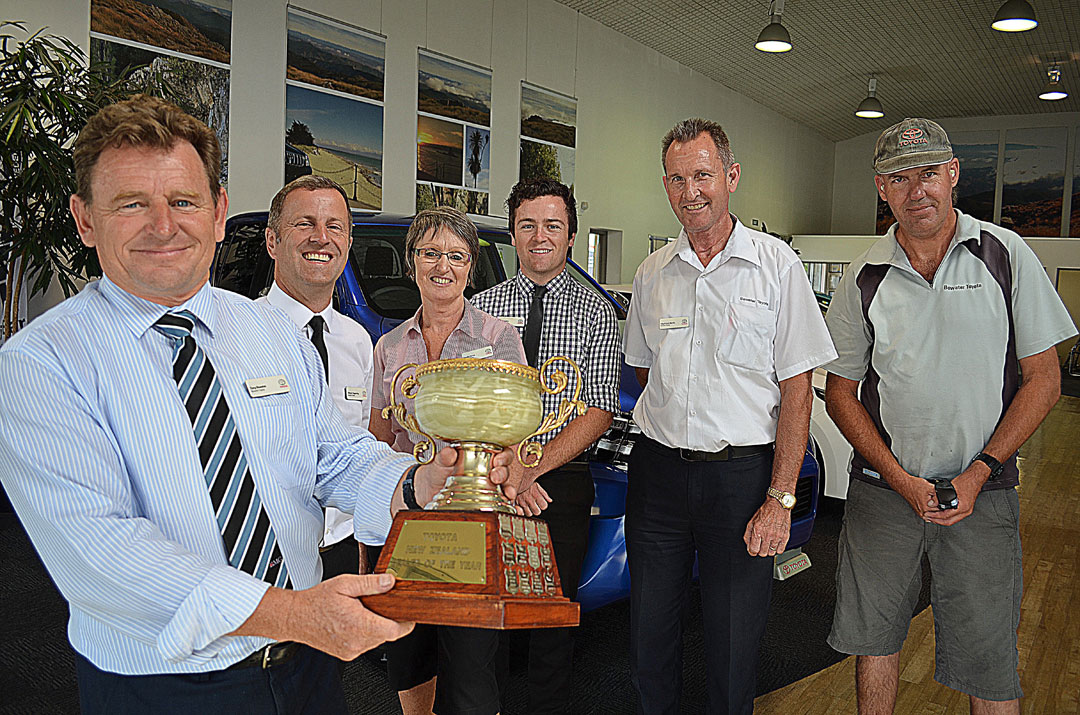 Winning the title back to back is a massive achievement and something not lost on Bowater Toyota CEO Tony Bowater.
In an email out to the team first thing on Monday morning he was full of praise for the hard work given by all at the dealership and the pride he felt being up on the stage.

If you haven’t already heard it is congratulations to us all. On Friday evening I was very proud and overwhelmed with joy to represent us all and receive the 2015 Toyota Dealer of the Year award for the second year running.

In our celebration dinner last year the focus was on staying focused maintaining the momentum and continuing to achieve as the champions we are. We heard from Nathan Fa'avae on his journey to consecutive world titles and how he has managed to keep the focus to regain the titles. So it is a huge thank you to you all for the amazing effort and focus you have all shown to lift the cup again this year!

A massive result for an outstanding team! You are all champions".

2015 was a big year for all of the Toyota dealers around the country, with a large number of new product launches including the very anticipated arrival of the all new generation Toyota Hilux - a ute that our region loves and can't get enough of. The new Hilux has certainly been very well received here and our customers are raving about it.

Now the team at Bowater Toyota have another thing to be very proud of. The title of being the 2015 Toyota Dealer of the Year.

The management team at Toyota New Zealand are as excited as we are about our back to back win, and put out a lovely press release - click here to check it out.