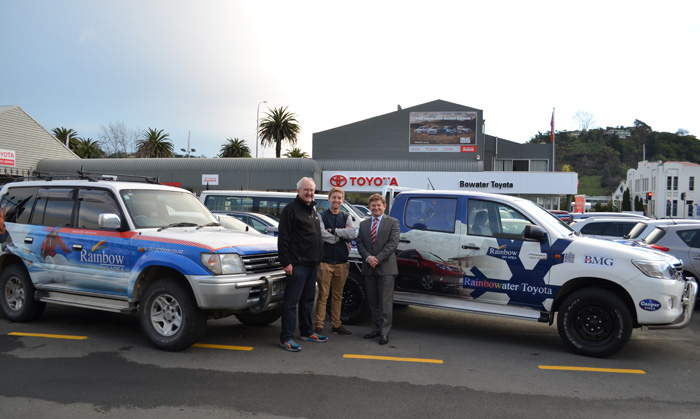 The 2014 season of snow up at Rainbow Ski Area has been one of the best yet.
Great late snow, and heaps of people using the ski field all season long, and having a great time of it. The snow came and went and came back again, and the field had some fantastic snow making conditions early on in the piece so got the snow guns blazing, giving Rainbow a great snow base to begin with.

The Bowater Toyota Slush Cup this season was epic, and held on the final, closing weekend. A weekend that had some pundits claiming that the powder up on the mountain made for the best snow day they had ever had on a New Zealand field, EVER!

The Bowater Motor Group, and more recently Bowater Toyota, have had a long affiliation with the ski field, and the various clubs that have been associated with the area over the decades. A strong relationship has been cultivated over this time, reinforced over the last couple of seasons with a rekindled sponsorship with Bowater Toyota helping them out with vehicles.

This past season they had the use of a customised 2014 Toyota Hilux double cab 4X4, a tough as nails work horse that had some reasonably high expectations placed upon it going into the job. 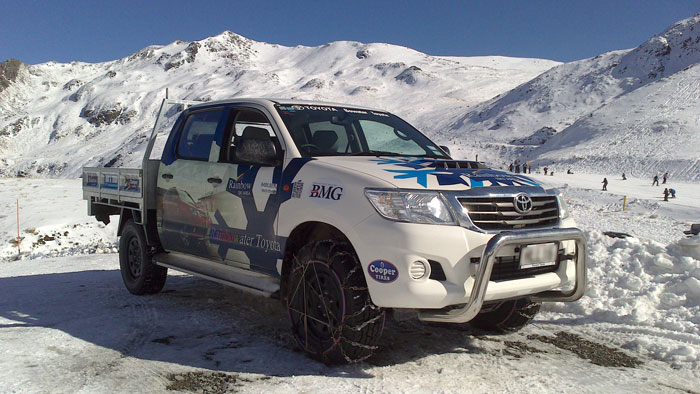 Rainbow Ski Area Mountain Manager was so impressed with the 2014 Toyota Hilux that he wrote us an email that we would love to share. An impartial (well slightly partial) testimony into living with a Hilux in the real world, with real working conditions. After all life in the mountains can be quite brutal. 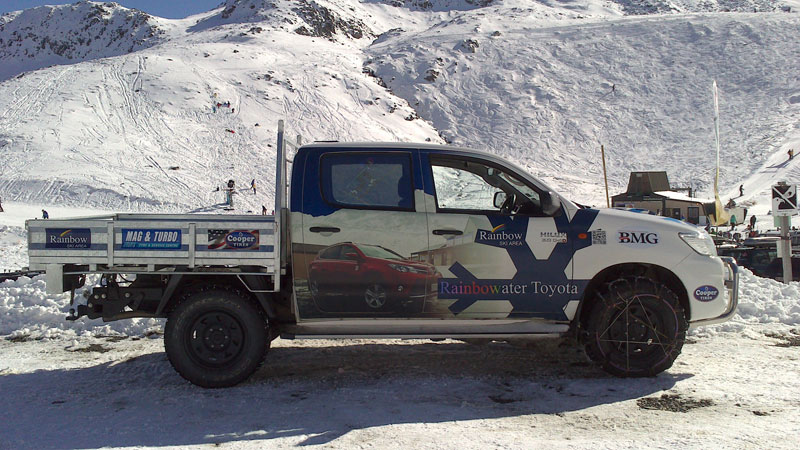 The Hilux has been NZ's number one selling ute in the country for 32 years in a row - it has a proven legacy of being able to cope with the hard work out in the field one minute and still be all good to head into town to see the bank manager and pick up the groceries the next.

Life up at the Rainbow Ski Field is not all sunshine and powder. It is an unforgiving mountain environment, complete with all of the rigours of an alpine existance. We organised for a set of new generation Cooper AT3 (All Terrain) tyres to give the RainBOWATER Hilux the grip necessary off road whilst still be able to easily fit snow chains when the need arose. 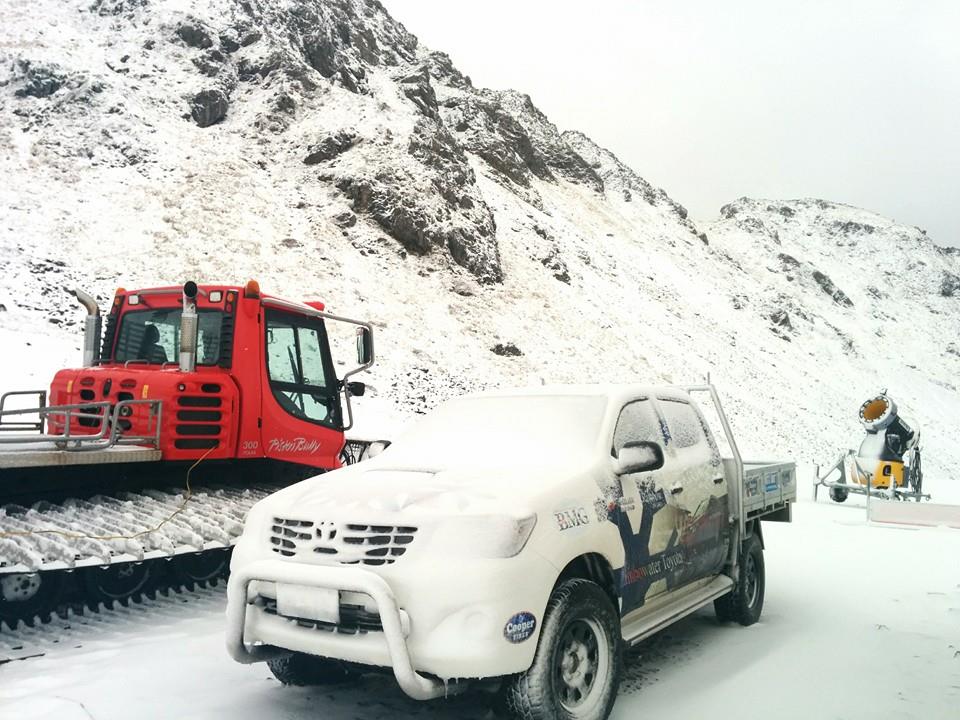 A big thanks also has to go out to Smart Engineering of 88 Valley, who made us a fully awesome steel deck, which got a whole lot of use and came out the other side looking brand new after a cleanup.

The best way to round out the story however is with a testimony from Jono, the one driving this Hilux on a daily basis:

Thanks to Bowater Toyota we at Rainbow Ski Area had the opportunity to put the latest 2014 Hilux through it’s paces at altitude with arctic like cold conditions.
On all accounts the vehicle excelled and not once did it quiver at a challenge ahead of it. From steep climbs in loose shale and shingle pre-season, to tricky ford crossings when the rivers were running high on the road in,  to wading through deep powder snow; the vehicle quickly became proven in every situation we faced.
It was also loaded up with some machinery that needed work on in town, with a generator unit and snowgun compressor on the back, the Hilux loved life even more!

The RainBOWATER Hilux earned a nick name on the mountain as "the beast we stand confidently behind", which is quite a mark of respect on the steep snow & ice slopes! It was up for any job, and super comfortable up top as it was on the trips to town and back.

The entire mountain crew would like to thank Tony Bowater and the team from Bowater Toyota for such a generous partnership with Rainbow Ski Area, along with the nice new Hilux’s to run through the paces each season!