Despite the downpours today, the hints of summer are everywhere, and the days are really warming up, which means that one of the regions finest events on the calendar is just around the corner - it's SHOWTIME!

Another year has rolled by and the annual Nelson A&P Show is on again this coming weekend (November 23rd & 24th) at the Richmond Showgrounds.
This year marks the 120th Anniversary of the local event, which must make it one of the regions longest running community activities. Bowater Toyota is proud to be a part of it all again this year, with a large display in the same spot as always, stop by and see us for some amazing show specials (more on this later in the week as they are amazing!).
Bowaters has got a long and proud association with the local A&P Show, having been in attendance for generations!

This year the show association are focusing on the history of the event in our region with a celebration of 120 years. As we were preparing for this years show we came across this old photo from the early 1960's (either 1962 or 1963) - it shows a young Rodney Bowater (with his back turned leaning over the car) with the brand new Triumph Spitfire Mark 1 at the local A&P Show. 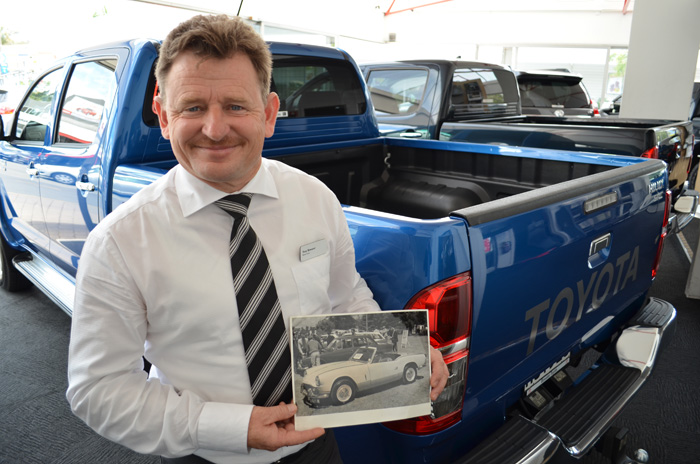 We scanned in the photo so we can share it (see below) as it is just another one of those historical moments to relish. Back in those days it would have been quite the show stopper - a little sports car so new it even has got it's upholstery wrapped and protected! 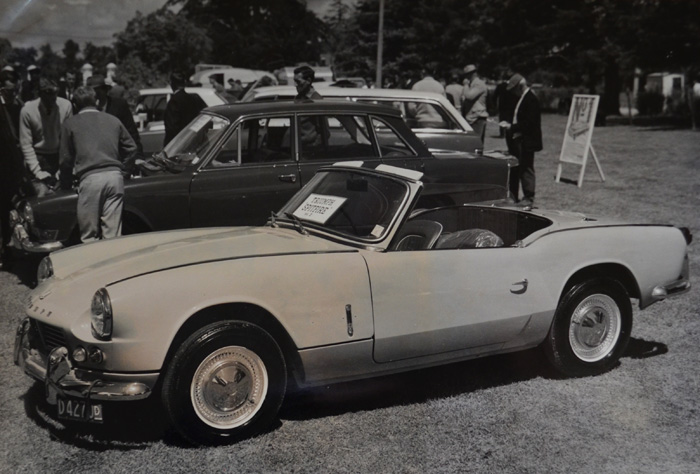 The Bowaters Stand at the A&P Show 1962 or 1963 with the Triumph Spitfire Mark 1. Right click on the image and selected one of the options to view the image larger.

For more information on the car at the centre of this photo, the Triumph Spitfire Mark 1, you can  click here which will go to the Triumph owners carclub website.

The Bowater Motor Group have held a huge range of different car marques over the years, including the Triumph range.

We also found this great image from even earlier which features an event of some sort in one of the old showrooms in the region. At the very far right Raymond Bowater can be seen, and given the set up of the number plates this must have been from the very early days!

Come on down to the show this weekend, enjoy the atmosphere, and grab yourself some serious savings on a range of cars. We are makign a return to "show day specials" with some ridiculous deals being organised.
We will also be making a bit of a feature of some of the history behind the Bowater Motor Group. After all the Bowaters family have been driving the dream of Nelson and Tasman for over 65 years now, and are well into the 4th generation of Bowater family members working in the business. That is definitely something to celebrate.