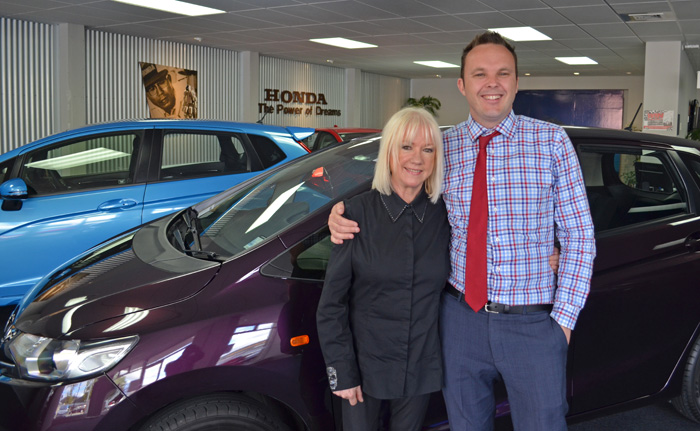 Nelson has had a few musical claims to fame over the last couple of decades but they all pale in comparison to kiwi icon, and ex Nelsonian, music superstar Sharon O'Neill.

Today the team at Bowater Honda had the opportunity to share some time with Sharon and her partner Alan Mansfield (also a world class musician in his own right) as we helped them out, and got them into a Honda Jazz for the week they are back in town for Sharon's concert at the Rutherford Hotel this weekend.

Sharon and Alan love the Honda Jazz they have back in Sydney. Like really love it. Sharon raves about the magic seats, the nimble nature of the car on the street's of a big city, and the ability to pack it full of music gear and zip around from place to place. These days both Sharon and Alan nearly always work together, and as they move two keyboards in cases, the stands and stools, they can just "break that sucker down" (her words) and fit it all in. It is even "Rock' n' Roll Black" (her words). They are both big fans of Honda's and have a long list of vehicles that Alan duely rattles off.

When we heard this little fact on the grapevine we got in touch with Sharon and offered her and Alan a Honda Jazz to zip around in. What else do you do when rockstar royalty such as this comes to town. Well there was a little more we could do as it turns out.

We got to sit down with Sharon and Alan for a lovely chat, got to know them and hear and share some great tales. The whole conversation about the long list of Honda's they have previously owned just came out organically in the midst of a wider conversation about growing up in Nelson, the rock star lifestyle, lengthy roadtrips and the changing nature of fireworks. (dont ask).

You see Alan and Sharon are quite big fans of Honda.
They have owned them for ages. Over the years they have had a wide range of different Honda's, but the one consistancy is that it is a string of Honda's! They started many moons ago with a Honda Station Wagon, then a Honda Civic Sedan, then his and hers contrasting black and white CRX and Civic Hatch, then a merged grey Honda Integraand ending up with the now current Honda Jazz!

Life in the big city as a working and touring musician involves plenty of miles. They have gotten used to time on the road and know exactly what they like, and as times change so has the car they drive. 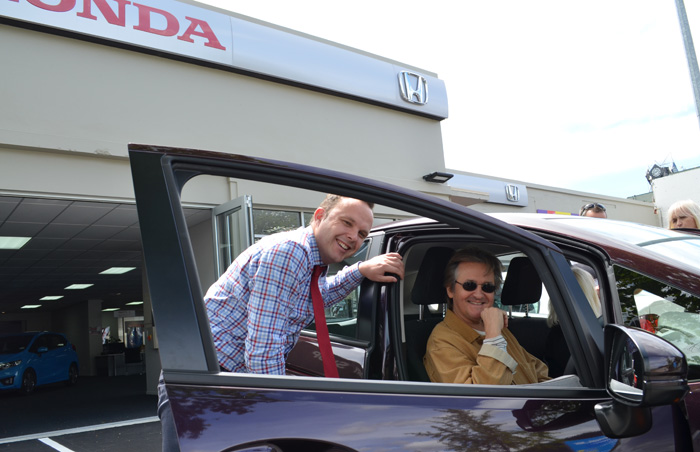 Bowater Honda sales manager Nick D'Evereux with legendary muso Alan Mansfield, getting the run down on some of the features of the new 2014 Honda Jazz.

A Night not to be missed This Saturday 8th Nov at The Rutherford!

We are all in for a treat this Saturday night, with Sharon playing her only New Zealand concert right here in Nelson. It is going to be an absolute treat, with a full concert on offer complete with a large 7 piece band behind her. A chance to hear all of the old favourites as well as a selection of Sharon's personal favourites spanning her long and illustruious career.

She will be joined by her partner, Alan Mansfield - a music legend himself with 20+ years in Dragon, as well as 20+ years with powerhouse "Addicted To Love" and "Simply Irresistable" singer Robert Palmer amongst other various achievements in a lengthy career which still continues to unfold.

To see these two together, along with a host of other great musicians is a treat. Get into it Nelson! 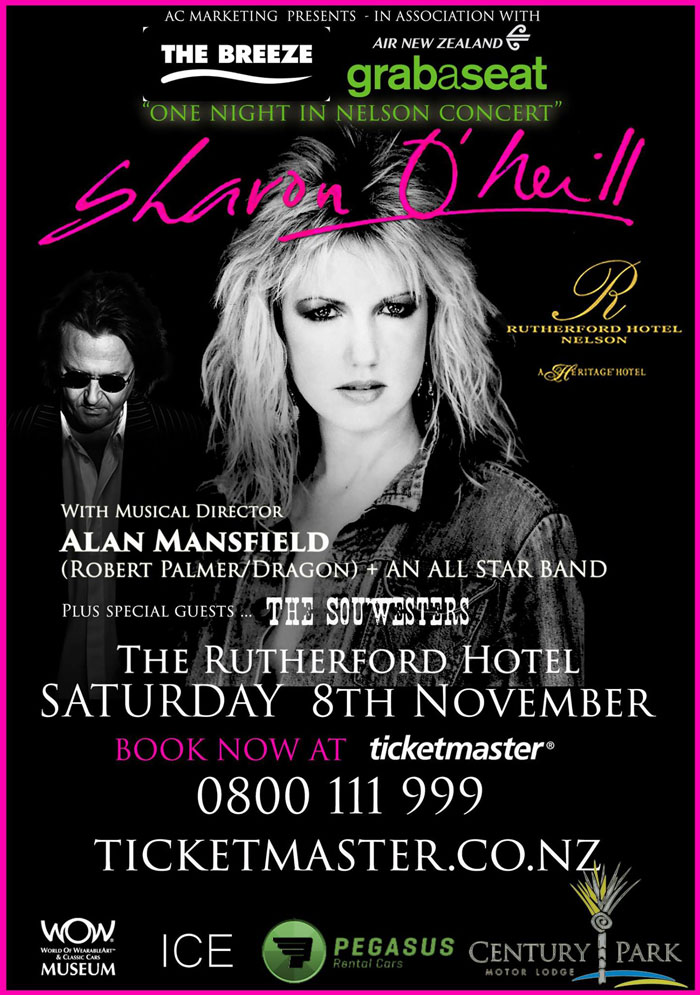 Tickets are limited and selling really fast in the last week (as they tend to here) so if you are keen for a really fun night out, get in quick and secure your spot. On the Tickmaster website it even says "not many left" so please dont dally on this one.

There are a couple of options open to you - dinner and the show, or the show without the dinner.
Booking is really simple - either on the phone at ticketmaster 0800 111 999, or online at Ticketmaster < click here >

Dinner + Show Tickets cost just $154 and you will enjoy a two course Rutherford Hotel buffet meal with dessert and show with access to the bar throughout the evening. Just the show with allocated seats is $74. (Booking fees apply).

Here is a taster of Sharon's grace, style and 80's cool!
Got to love youtube for making time travel so easy!

and who could forget this 80's classic - complete with dancing boys in ripped jeans!

A Rockstar returns to her roots.

For everyone cognitive in the 1980's, this woman was all class, a total legend and rock royalty. Her face and her style epitomised what it was to be cool in the 80's and her posters adorned many a teenagers wall both here and in Australia where she was also quite a big deal. Time marches on and she is still very relevant, both as an artist and also as a role model and a mentor.

Having spent some time with her today at Bowater Honda, hand on heart she is as every bit a rockstar today as she was "back in the day"
The fact that she started out in Nelson is beyond cool, and something that we, as Nelsonians, can be ever so proud of. 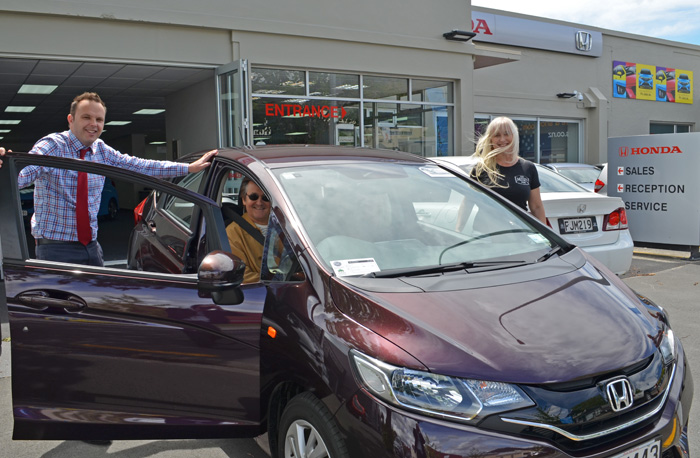 We look forward to catching up with Sharon and Alan when they drop the Honda Jazz back, and may even get a few goodies to share further down the track.