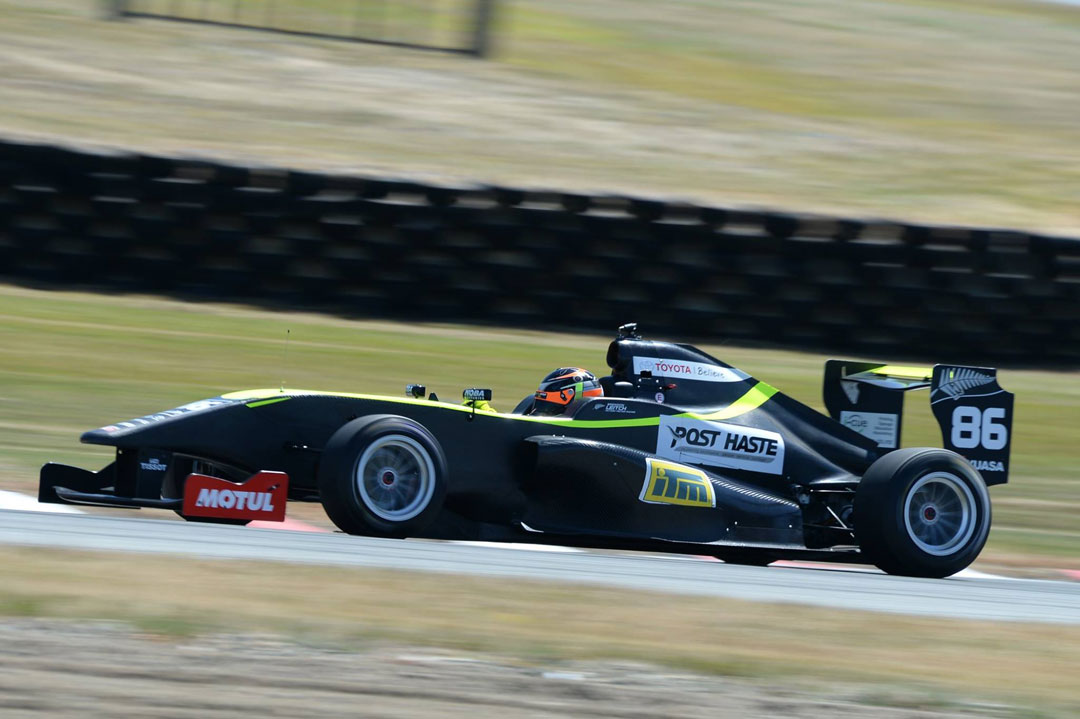 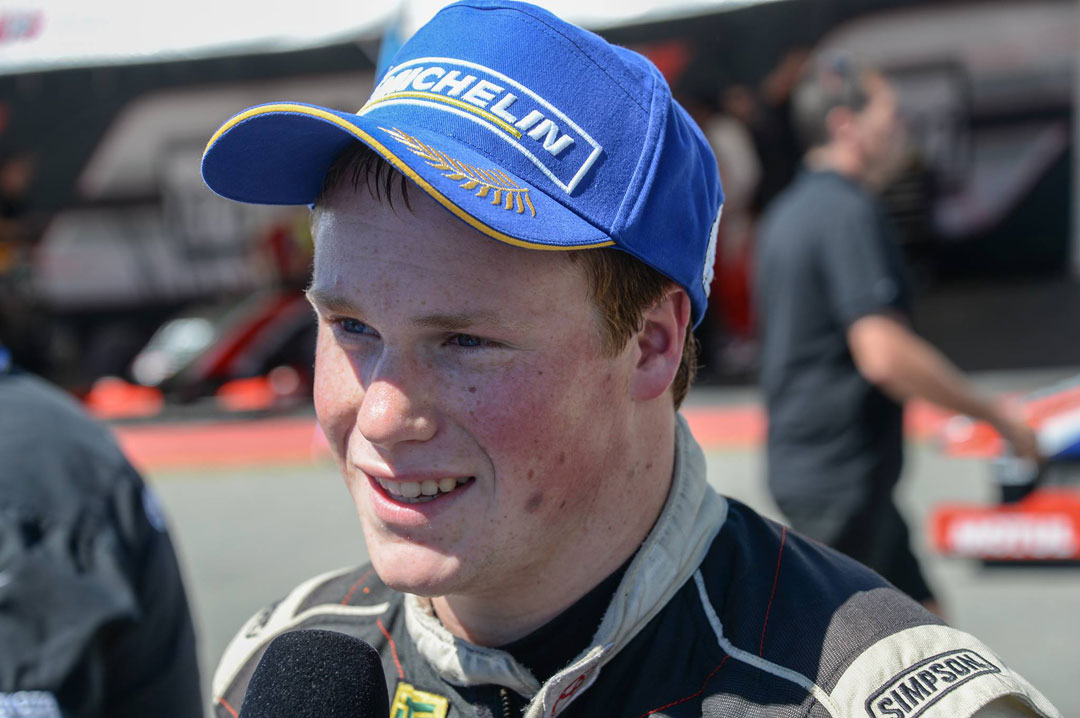 Brendon Leitch speaking to the media after his win.

"It couldn't have been better," said Leitch of his weekend. Recounting the feature race he said, "I just held my line into the first corner and even though he (Ferrucci) was edging ahead I knew it was my corner. After that I relaxed and concentrated on every apex and every gearchange." Looking ahead Brendon says he will be on the startline next weekend at Hampton Downs as he chases sponsorship to finish the series. "I am still short but I am on my way there."

While Brendon was enjoying his best weekend in the series older brother Damon was enduring one of his worst.

Damon struggled in testing on Thursday and Friday with the same gearbox issues that plagued him at the opening round a week ago. Consequently with little track time the Post Haste Couriers/Zero Fees car was not handling well either. Leitch, normally a real contender, qualified down the order and battled his way to eighth place in race one as he struggled with the issues.

From eighth on grid for Sunday morning's race he brought the car home ninth but was again well down the grid for the Spirit Of A Nation Trophy race, eventually finishing thirteenth. 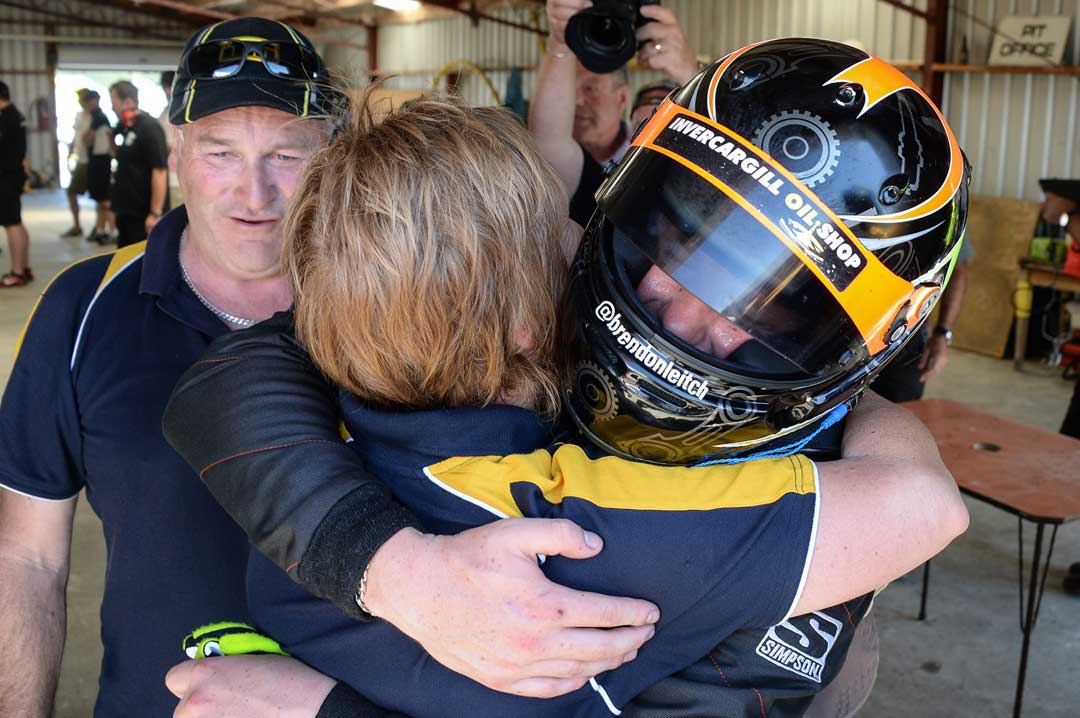 Brendon hugs his family in celebration.

Both brothers drive for the Nelson based Victory Motor Racing team in the series. Support for Damon's efforts come from Post Haste Couriers, Zero Fees and Bowater Toyota while Brendon carries support from ITM and Post Haste Couriers but is still short of the full budget to complete the entire championship.

The series now travels to Hampton Downs in North Waikato next weekend.