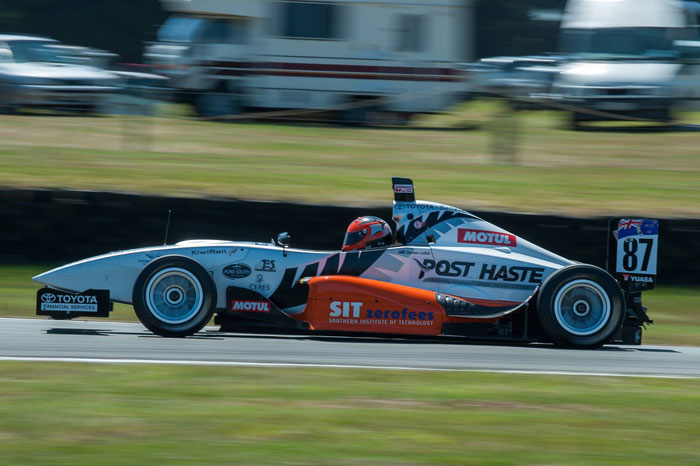 For the first time the Toyota Racing Series (TRS) program partly intersects with the brand new Toyota 86 series sponsored by Toyota Finance. The 86 series is spread over 6 months and logistics are relatively straightforward, but for the TRS program there is a massive exercise in mounting 5 events in 5 weekends.

Immediately following the final race on Sunday evening, rain, hail or shine (often all three at Teretonga) pack out starts, and once complete, the TRS circus and associated convoy, consisting of several shipping containers, race car transporter, hospitality truck, merchandise and show car trailers hits the road destined for setup at the next venue by Tuesday evening to be fully operational for crew and team breakfasts early on Wednesday morning. Part of this convoy is the Victory Motor Racing (VMR) team with their Bowater Toyota Box Body Gear Transporter, and the Toyota Hiace crew transport.

Guy Griffiths from VMR was stoked to have the additional support from Bowater Toyota and has kept us in the loop with a great array of images thus far, which we will share with you either here or on our Facebook Page, or both! 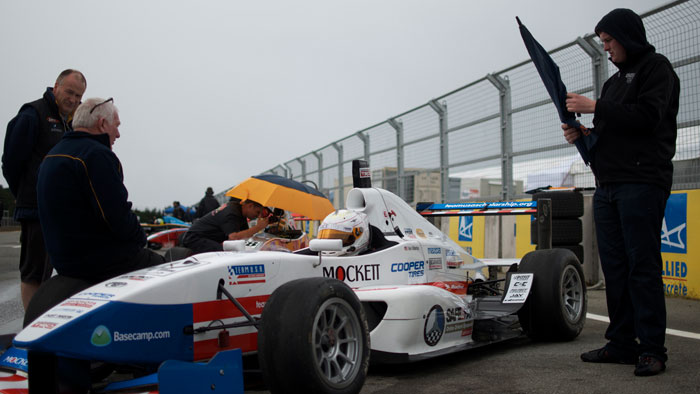 Aside from the geographical challenges, the total number of people that move between venues that need to be accommodated is large.

During the 5 week series TRS support staff numbers are up to 35 including catering, technical, admin, scrutineers, sponsor hosts, media and merchandise personnel. The 5 official TRS teams can run up to 6 cars each, with personnel numbers in excess of 20 per team. Both international and local drivers are often accompanied by parents, mentors, driver coaches, trainers and managers. Series and competitor sponsors attend each event along with their guests and business customers - they are hosted in the TRS hospitality unit each day which accommodates between 150 and 250 guests in F1 style Paddock Club hospitality.

In its tenth year TRS driver numbers are extremely healthy with a record 23 drivers from 13 nations registered for the series. Once again a large international contingent is joining the Kiwi drivers as the TRS programme offers a very competitive series to tune up skills for the next year of European competition. However every series to date has been won by a New Zealander and all but one of the Grands Prix has also fallen to local skills.